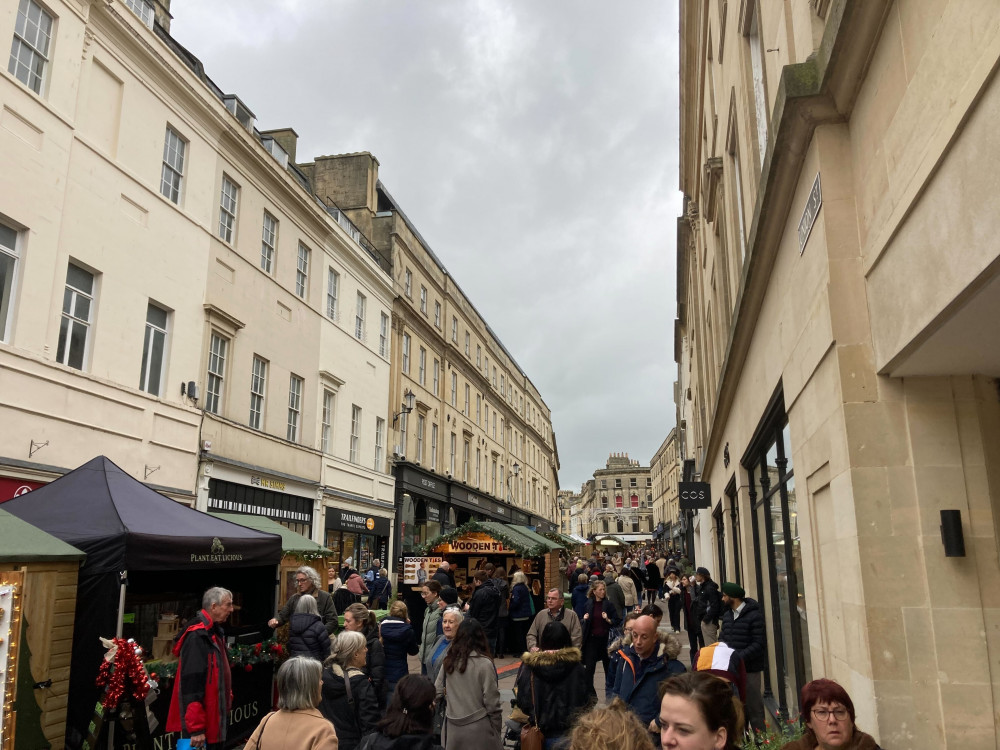 Councillor Winston Duguid said Bath was more packed on Saturday than it had been for 30 years (Image: Imogen McGuckin) - free to use for all BBC partners

Councillors have been told "the infrastructure is creaking" after questions were raised about whether Bath could handle the number of people coming to the city for the Christmas Market.

Widcombe and Lyncombe councillor Winston Duguid said on Monday, at a Bath and North East Somerset Council scrutiny meeting: "Those that I have known that have lived here for 30 years have never seen Bath so packed as it was on Saturday.

Council officer Simon Martin, who was being quizzed by councillors at the meeting, said that the market was outside of his role but: "From an economic development point of view, I think it is interesting to understand whether the city can manage the level of interest in the Christmas market."

He added: "It is interesting that the infrastructure is creaking […] It's the first year we have had a proper Christmas market again post-covid. The previous years have been a more muted affair and this has really stepped back up to business as usual for the city.

"So it's going to be quite an interesting conversation as to whether we think it's the right format for the future or whether we should review it and do something different. "

Particular concerns were raised about next Saturday, December 10, when Bath Rugby will be playing at home which will bring more people into the city. Mr Dugiud asked: "Are we going to be able to cope on December 10"

Mr Martin said: "There's no train strike on December 10th, thankfully, so hopefully that will help and we have opened an extended area of Avon Street car park back now that we have finished white lining the demolished area."

Fantastic pending total for this year's Poppy Appeal : Thank you for your generosity Radstock