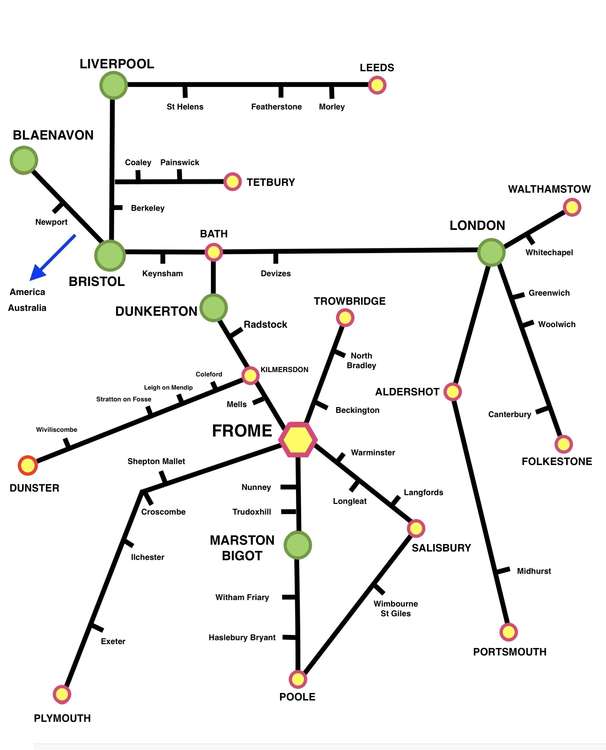 The map of the travels of local families 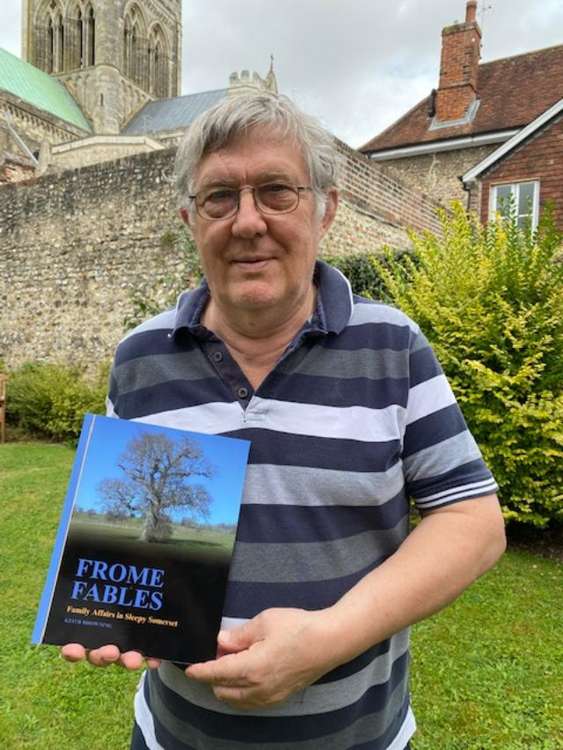 A new local history book has plenty of well-known family names, so many in fact that the author can almost guarantee you will recognise someone in it.

Key characters lived alongside the Fosse Way on Dunkerton Hill and another moved from Nunney village to build one of the first homes at Lower Peasedown, back in 1828.

The book is called Frome Fables, but it is not just about Frome, and is part history, part detective story, involving a complex pattern involving families across the district.

Author Keith Browning said what began as a simple research project, just looking into his own family history, took on a life of its own and then took over 15 years of his life.

He told Nub News : " I knew little or nothing about my father's side of the family until 2005, believing they were Cockney Londoners from the East End. It was only the discovery on the new on-line census records that my great grandfather was born in Frome in 1830, that led me to this remarkable town. Following up this lead, by chance, I met with Michael McGarvie, the famous local historian, who has been my guide and mentor every since.

"I then discovered that my great grandfather, George Browning, had married Sarah Louisa Cooper, (my great grandmother), who had been born in Peasedown, then just a few isolated cottages on the side of the Cam Valley. Sarah's mother, Eliza Cooper married James Hancock, who lived beside the Fosse Way, on Dunkerton Hill.

"It is the complex relationship between these three individuals, Sarah, James and Eliza, that makes up the 'mystery' part of 'Frome Fables'. The missing piece of the puzzle is the involvement of the family of the Earls of Cork, who lived in Marston House, close to the Coopers' home village of Nunney. "

The book is the story of these inter-connected families, one from 'upstairs', (the Earls of Cork) and three from 'downstairs', Cooper, Hancock and Browning, simple clothworkers, carpenters and brickmakers. However, the book is also a history of the great social migration that took place, from the fields to the factories, from the beginning of the 1700s to the end of the 19th century.

Keith explained : " Over forty names appear in the book, a sort of Somerset soup of DNA from North East of the county. This was a close knit community that tended to marry within itself, so anyone with roots in the Frome area today should see names familiar to them. The material is well researched and as true as can be, but I'm sure publishing the book will mean much new information will be revealed. "

The book also works as a bit of detective fiction, with a number of mysteries to solve, although not all the clues uncovered during the fifteen years of research have solutions.

Frome Fables is priced at £14.99 and is available from the Somerset Coalfield Life Museum in Radstock, Hunting Raven in Frome and the Frome Heritage Museum.

There will also be a talk about the book at Frome Library on Saturday 20 November from 11am to 12 noon.