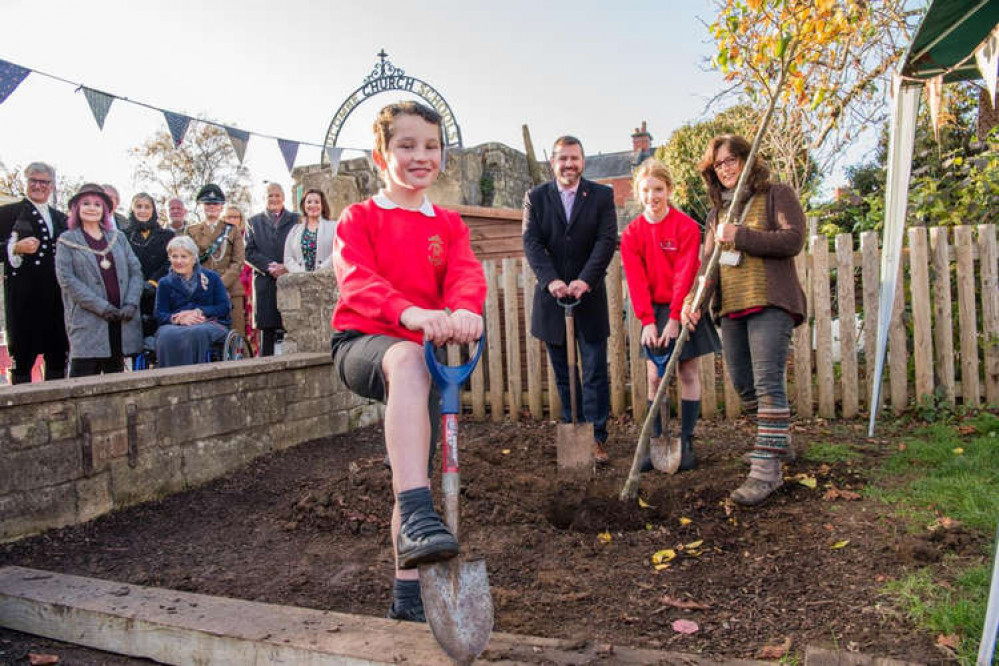 A tree will have to be planted every 10 minutes to hit the target of 100,000 in the ground across Bath and North East Somerset by May 2023.

The plan was a manifesto pledge from the Liberal Democrats ahead of the 2019 elections but like so many other things was delayed by the pandemic.

Some 20,000 trees have been planted so far and Councillor Jess David said getting another 80,000 in the ground in 18 months is ambitious but with the support of partners will be workable.

"I'm feeling really positive about it," she said. "I think we'll hit the target."

The council estimates that 2,800 hectares or just over eight per cent of Bath and North East Somerset is covered by woodland, below the England average of 10 per cent, although Bath's canopy cover is double the South West average of 11 per cent.

The council has found nearly 20 hectares of publicly accessible land where more than 43,000 trees could be planted but less than half would be immediately available.

The 80,000 new trees – in line with regional and national targets to double tree cover – does not include the several thousand council-owned ash trees suffering dieback that will need to be felled and replaced.

Another challenge is recruiting and retaining arboriculturists, who are in high demand as organisations across the country seek to plant trees to reduce their carbon footprint.

Reflecting that interest, this week children at Widcombe Junior School planted an ornamental pear tree to mark the Queen's platinum jubilee next year as part of a nationwide initiative.

Council leader Kevin Guy said: "This is a wonderful initiative which not only celebrates Her Majesty the Queen's long reign but also has a positive impact on the environment.

"Trees are so important in improving air quality and helping to combat the climate emergency. Every tree really does count as part of our collective efforts to improve our environment."

Cllr David said the council will go further with a "one tree per child" scheme to increase the coverage at schools and inspire youngsters to take an interest in the environment.

Trees in the district sequester approximately 52,000 tonnes of CO2 every year and currently store 456,258 tonnes of carbon.

The project will largely be funded by grants and cash paid by developers when projects are approved. Cllr David said the trees will mostly be native stock, in line with guidelines on what species should be planted where, with More Trees for B&NES growing some locally.

Jobs in and around Radstock right now