Revised plans for 75 homes close to the White Post 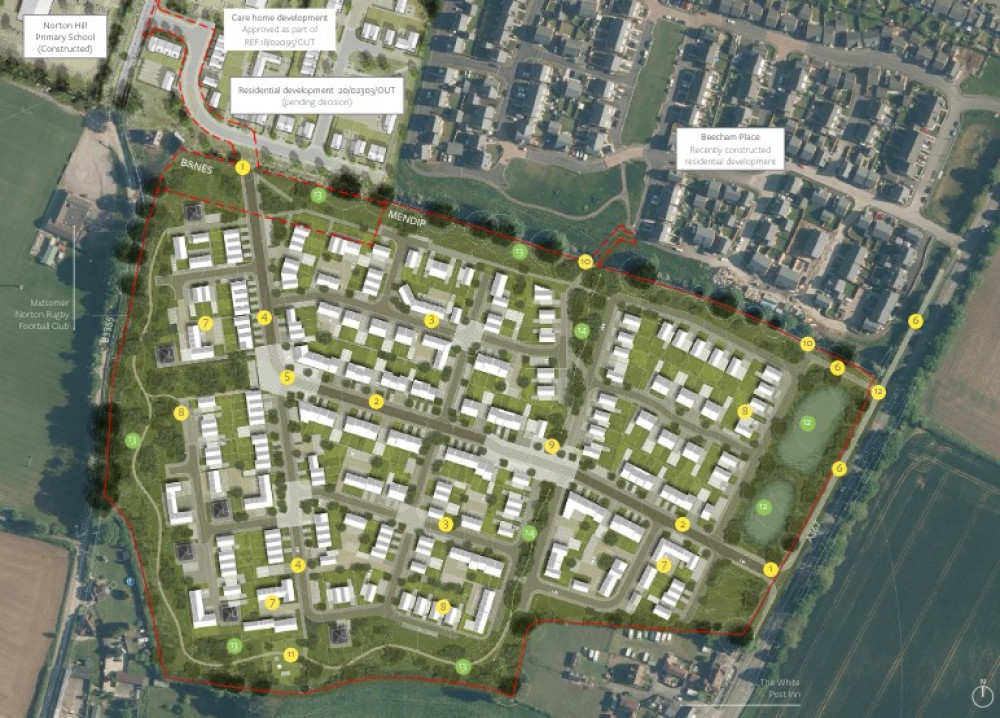 Revised plans to build dozens of new homes on the edge of Midsomer Norton have been put forward for consultation.

Gleeson Strategic Land Ltd. secured outline planning permission in May to build 75 homes on Beauchamps Drive near the southern edge of Midsomer Norton, following a planning inquiry held in February.

The Fleet-based developer has now sold the site to Wainhomes, which was granted permission in July to deliver 70 new homes on the southern edge of Frome.

The Exeter-based firm has now submitted amended plans for the Beauchamps Drive development to Mendip District Council, with a decision being expected in the early-spring.

The site lies on the northern side of Beauchamps Drive, a short distance from both Norton Down Methodist Church and the White Post Inn.

Access to the site would be from Beauchamps Drive, with a large amount of green space being retained at the eastern edge, near the White Post roundabout.

Pedestrian and cycling routes will be provided through the site, including a link at the north-west corner to the planned development of 270 new homes to the north, which the council approved in July.

Of the 75 new homes being proposed, 23 will be affordable, meeting the council's target of 30 per cent affordable housing for any new development of ten homes or more.

A spokesman for Place By Design (representing the applicant): "The centre landscaped corridor that runs from the north-western corner to the south-east corner of the plan provides a visual connection between the two corners.

"The southern portions of the scheme are designed as a landscaped area that is maintained in the west for amenity and play use and in the east for ecological value.

While Midsomer Norton lies within the Bath and North East Somerset (BANES) Council area, numerous sites on the edges of the town are allocated for housing within Mendip's Local Plan Part II, which was approved in December 2021.

In addition to the 270 homes approved near the White Post Inn, a decision is currently pending on 190 homes on the opposite side of the A367 Fosseway South, put forward by Persimmon Homes Wessex.

A decision is also shortly expected on Curo's proposals to deliver 60 new homes on the Underhill Farm site on Orchard Vale at the western end of the town.

The council is expected to make decisions on all three Midsomer Norton applications in early-2023.

Well-set for high-skilled jobs in Radstock : Thanks to £80,000 Metro Mayor grant

Coming this Saturday : Small business support day - do your bit shoppers are urged